Posted by multimediabythebay on June 11, 2017 in News |No Comments

Our afternoon guest speakers are a valued part of our programming and a way for young journalists to interview newsmakers, experts and entrepreneurs during their daily afternoon reporting time.

This year we welcome: 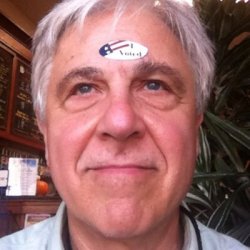 Tom Abate, associate director of communications at Stanford University’s school of engineering, is a former reporter for the San Francisco Chronicle and a longtime writer and observer of Silicon Valley history and technology. Tom began his career at the Defense Information School, the training institute for the Armed Forces Radio and Television Network, and ran a closed-circuit radio and television station aboard a U.S. Navy ship in the Pacific. He later attended the University of California, Berkeley, serving as editor-in-chief of the Daily Cal and leading its turnaround from bankruptcy. 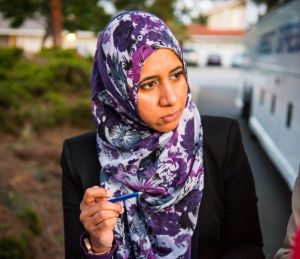 Zahra Billoo, an attorney and executive director of the Council on American-Islamic Relations in San Francisco, appears frequently on CNN and was recently honored by The (San Jose) Mercury-News as “a leader in helping educate Bay Area Muslims about their rights as they challenge crackdowns on their ability to freely live, work or travel in this country.” Billoo is among a group of citizen plaintiffs who filed suit in January against the Trump administration’s proposed ban on U.S. travel for people from seven Muslim-majority countries.

Leila Toplic leads the NLG Tech Task Force at NetHope, a tech consortium of 50 global non-governmental organization. The Task Force was set up by NetHope and the No Lost Generation initiative (NLG) to facilitate collaboration within the international development community and between the NGO and tech sector with the focus on tech-enabled programs for refugee children and youth. Leila and her family fled Bosnia in the mid-90s and she taught English and art at the Bosnian Refugee School in the Nagyatad Refugee Camp.

Paul Boylan is an attorney specializing in First Amendment law and the Freedom of Information Act. He was recently honored by the California Newspaper Publishers Association for his work in helping the North Coast Journal in a two-year battle to force the city of Eureka to release a police video showing the arrest of a 14-year-old boy in December 2012.