Posted by multimediabythebay on May 25, 2017 in News |No Comments

You have to hand it to the people of the Internet Archive — they may have fun at work, but they don’t play. 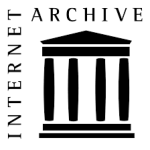 Located in the laid-back Haight Ashbury district of San Francisco, the Internet Archive is the library of everything that has been on the web since, well, ever.

Figures in the chapel draw on a ceramic army of some 8,000 life-sized statues modeled after Chinese Emperor Qin Shi Huang’s army. Photo by James Finn/NBTB 2015.

Housed in a former church, including a chapel whose lovely stained glass windows overlook the quiet hum of black-clad computer servers, the archive captures, collects and creates ways for users to access millions of free books, movies, software, music, websites and more.

As The New Yorker noted in January, the centerpiece of the archive is the Wayback Machine, a collection of more than 279 billion webpages dating back to the 1990s, including Donald Trump’s website from 2000, long before he entered presidential politics for real.

It’s an astonishing vision that seems to become more important by the day.

Wondering what happened to Trump’s Muslim ban plan on his website, erased two weeks ago after a reporter asked about it? Climate change information deleted from the EPA website just before the March for Science? CNN’s embarrassing flub, scrubbed after it announced the wrong Obamacare verdict in 2012?

Don’t despair — the Wayback Machine can take you to all the news that’s fit to remember.

With the support of the Knight Foundation, in May 2013 the Internet Archive announced it would expand its Television News Archive, which uses closed captioning to allow deep searches of U.S. television news programs, including an index of searchable text and short streamed clips that helps users explore news casts, understand context and evaluate facts.

Last year the archive added a Political TV Ad Tracker examining ads during the presidential campaign, including factchecks by Politifact, FactCheck.org and the Center for Public Integrity.

Funny thing: When it comes to journalism, it turns out that just plain remembering the facts can be a radical act. 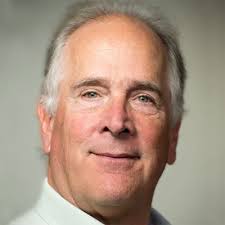 Roger Macdonald, director of the TV News Archive, has called the archive “a touchstone to reality.”

“I appreciate that people, for years to come, will be able to look very deeply into the history of what the heck happened” during last year’s presidential campaign, Macdonald told The New Yorker.

We’re excited to announce that Macdonald will discuss the work of the TV News Archive at Newsroom by the Bay during our Digital Innovator’s Address on Thursday, July 6 at 7 p.m.