Posted by multimediabythebay on July 1, 2015 in News |No Comments

By Wednesday, many students are realizing that they’re nearly halfway through their week at NBTB. At this point, most are fully immersed in projects. Whether they are focusing on videography, photography, writing articles or some other form of reporting, all students have something in common: they are working hard to pull together a beautiful end product.

Today, Year One students spent another morning shifting through classes on the various aspects of journalistic reporting. In their video class, teacher and broadcaster Eric Burse had students film and edit their own news videos within 45 minutes.

Meanwhile, Year Two students spent another day off campus. In the morning, the group crowded onto buses and headed into Palo Alto. Here, they had the chance to pursue their interests and work on crafting pieces for their personal websites. 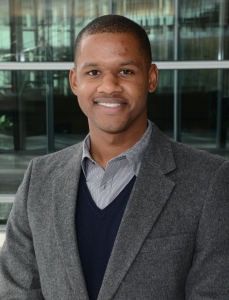 Later in the evening, all students were invited to listen in on a keynote presentation from Burse, engagement editor for The Courier-Journal in Louisville, Kentucky, and a former National Association of Black Journalists student journalist of the year. Beginning at 7 p.m., Burse launched into a lesson on the business and media side of digital reporting.

Caroline Orr, who attended the presentation, respected Burse’s genuine care for his line of work and his efforts to pass on his knowledge to a younger crowd.

“It was really nice to talk to someone a few years older whose really experienced in his field and who wants to hear back from people who are younger,” Orr said. “I appreciate that he cares so much about the future of journalism and wants to make it as fresh and up to date as any other industry in the world.”

As students head back to their dorms for the night, they will prepare for their highly anticipated trip into San Francisco taking place tomorrow. Year One groups are making last-minute plans and perfecting their schedule for the long day ahead of them.